These weekends....they just fly by!  My girls informed me they have only 22 days of school left until summer break.  I'm not sure how many I have before I am done, but I know I have more than that.  I also know that then I won't be trying to cram so many errands and activities into just a two day weekend. And I still will be amazed with how quickly time passes.

This week we are gearing up for Middle Sister's State Night at school. The fourth graders do research on a state and then present a parade of states in the spring. They have a poster they decorated along with a wagon that is their parade float. 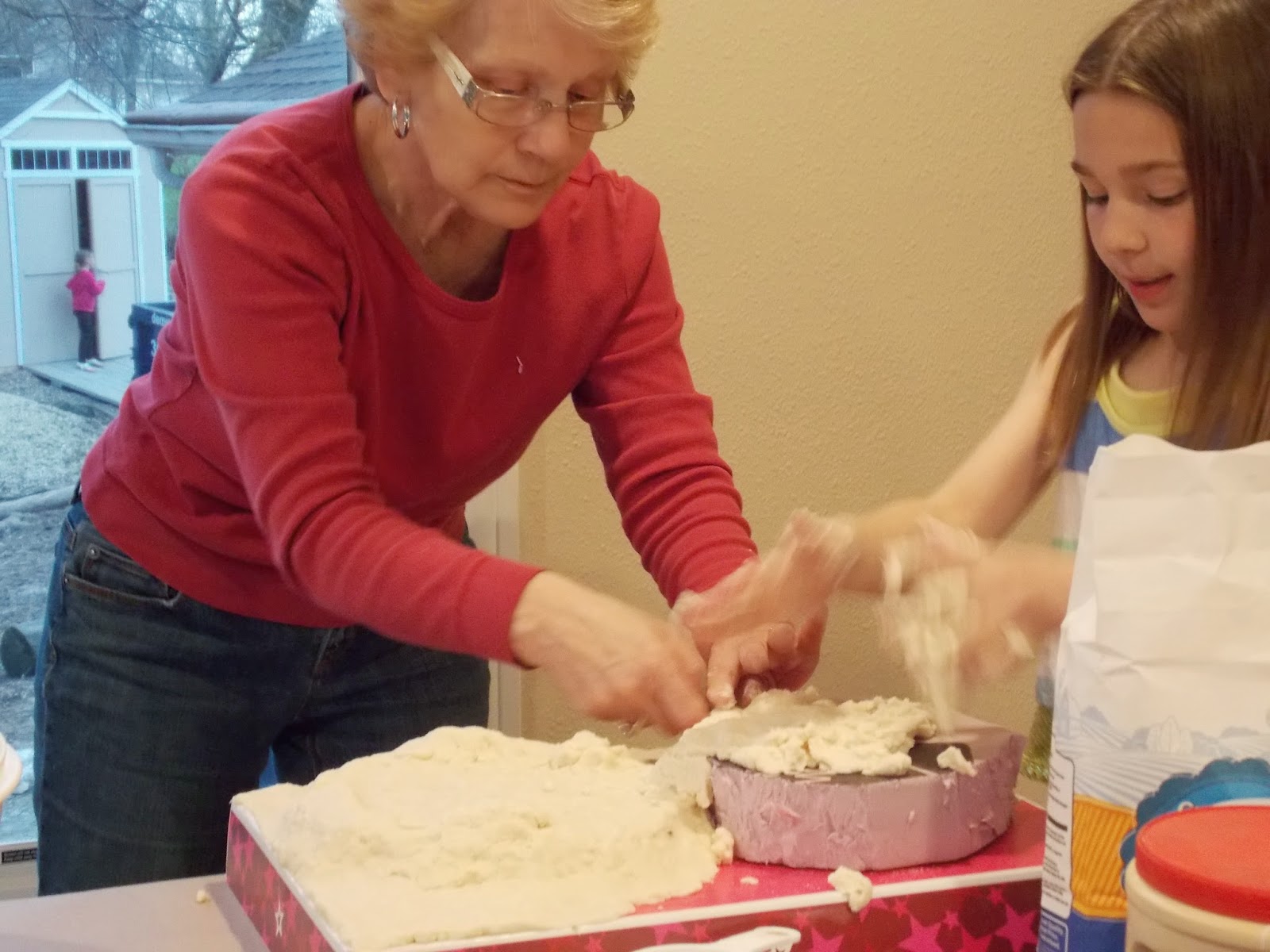 Middle Sister and Grandma working on her moon rocks for the float.

Big Sister took part in a sixth grade honor band yesterday in Cedar Rapids.  It was impressive to hear what a group of dedicated twelve year olds can sound like. 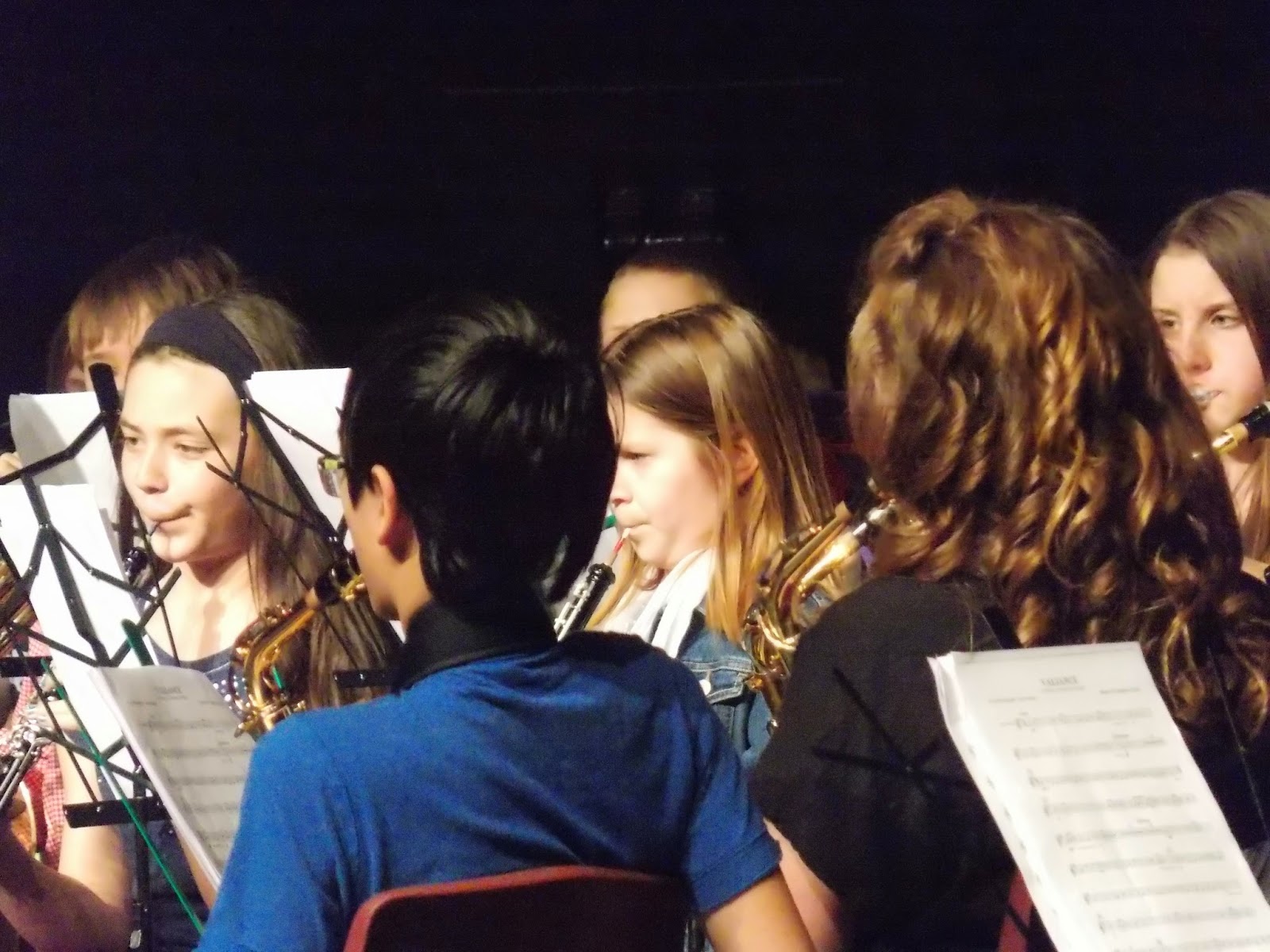 Big Sister (in the center) at the Honor Band Concert.  This is the best picture we could get.  I wish the boy in blue would have leaned forward a bit more. I could see her entire face then!

They finished their concert by playing Ylvis' What Does The Fox Say?

Today I have taken Middle Sister and Little Sister to a swimming party. Instead of reading as I had planned a few mothers stayed and chatted, which I also did.  We rushed home so I could make a batch of cheeseburger soup (probably my last batch until cold weather returns this fall), beer bread, and a few items that I can pack for lunches this week.

My husband and Big Sister are working out at The W, Little Sister and Middle Sister are hanging out at my mom's (where they made some play dough), and I have been having a peaceful little break for a while now.

This past week I've had two special people pass awawy. Randy Brubaker was a great friend and advisor to my sister. I met him just a handful of times, but he was the one I can credit with getting me started reviewing and blogging about books, having "hired" me to be the online book reviewer on the Des Moines Register website.

My friend, Jill, passed away last week after a two year battle with brain cancer.  Her son had hepatoblastoma shortly after Big Sister was done with her treatment for that same disease.  Jill and I spent hours on the phone together.  I really felt a connection to her- we both totally got what the other person was going through.  Being a cancer mom isn't something everyone gets to experience (thank goodness) but Jill was one of the blessings that came from that time in our lives.


I'm praying for peace for both of these families, and am reminded again to live every day to its fullest.

Oh wow, so sorry to hear about Jill's passing. I had no idea your oldest was ever sick. I will be thinking of everyone involved.