I've been on the hunt for non-fiction publishing in 2022 that I want to read.  I'm sure there are lists somewhere, but I can't seem to find any just yet....this is the first one I've pre-ordered: 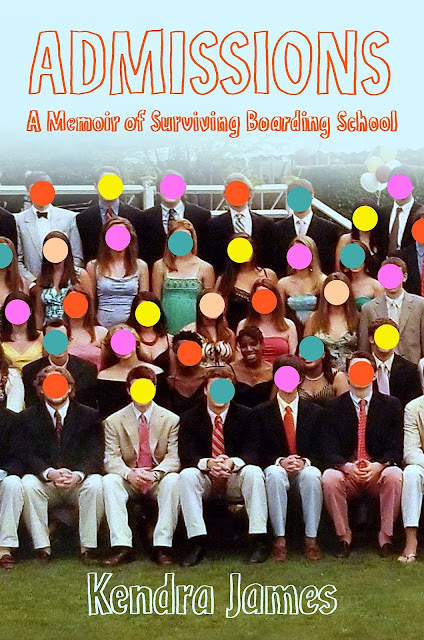 A sharp-witted and deeply insightful look into the storied world of elite prep schools from the first African-American legacy student to graduate from The Taft School.Early on in Kendra James’ professional life, she began to feel like she was selling a lie. As an admissions officer specializing in diversity recruitment for independent prep schools, she persuaded students and families to embark on the same perilous journey she herself had made—to attend cutthroat and largely white schools similar to The Taft School, where she had been the first African-American legacy student only a few years earlier. Her new job forced her to reflect on her own elite education experience, and to realize how disillusioned she had become with America’s inequitable system.In ADMISSIONS, Kendra looks back at the three years she spent at Taft, chronicling clashes with her lily-white roommate, how she had to unlearn the respectability politics she'd been raised with, and the fall-out from a horrifying article in the student newspaper that accused Black and Latinx students of being responsible for segregation of campus. Through these stories, some troubling, others hilarious, she deconstructs the lies and half-truths she herself would later tell as an admissions professional, in addition to the myths about boarding schools perpetuated by popular culture.With its combination of incisive social critique and uproarious depictions of elite nonsense, ADMISSIONS will resonate with anyone who has ever been The Only One in a room, dealt with racial microaggressions, or even just suffered from an extreme case of homesickness.

If you know of any great 2022 non-fiction, let me know.  I'm always willing to add to my toppling TBR.