Despite some initial issues with reading during quarantine, I read a lot of really great books. Maybe this is partly because this is the first year in a long time that I read whatever I wanted, whenever I wanted and didn't have blog tours to worry about or books I needed to review by a certain date.  So instead of keeping books I wanted to read in a stack when they came out (which is what I had been doing for years), I actually got to read some of them right away.

I am in love with middle grade novels and am lucky that my job allows me to be surrounded by this type of book. 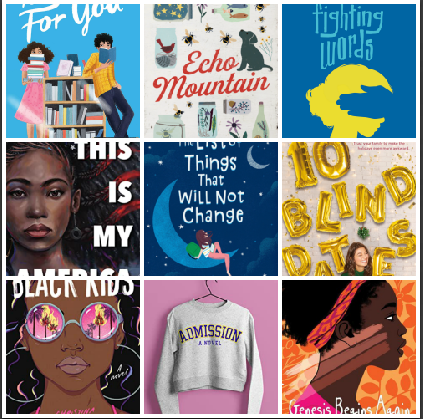 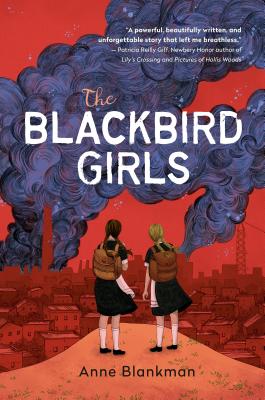 1.  Recommended For You by Laura Silverman - this is a totally G rated rom com that I love....Shoshonna works in a bookstore and can't believe the new hire (who is quite cute) doesn't read!  I love that this brings back a wave of nostalgia for the mall bookstore which seems to be a thing of the past.

2.  Echo Mountain by Lauren Wolk -historical fiction; this is a quiet novel about Ellie and her family who are forced to move to the mountain when they lose their home. They are barely making ends meet and then Ellie's father is in an accident that leaves him in a coma.  Despite warnings against it, Ellie travels to the mountain top to see "the hag" who may know how to help her father.

3.  Fighting Words by Kimberly Brubaker Bradley -Bradley is a must-read author for me and I love her historical fiction.  I also love this realistic fiction story about two sisters, Della and Suki. Suki has always protected Della from the men her mother has been with, but who has been protecting Suki? When Suki tries to commit suicide the secrets they've been carrying come out. This is such a well-done novel of some very sensitive matter. Every school counselor should read this one.

4.  This Is My America- by Kim Johnson - my students still ask for The Hate U Give routinely. Johnson's new novel is a alternative to that story, and is every bit as thought provoking.  Tracy is doing everything in her power to try and get her father off death row. He's innocent of the crime he's been convicted of and the clock is ticking before his execution date. Meanwhile, her brother also finds himself in the wrong place at the wrong time.  Despite the fact that he's an upstanding, honest and talented high school senior with a lot going for him, he is suddenly on the run as he fears a future much like his father's.

5.  The List of Things That Will Not Change by Rebecca Stead - Bea has kept a list in a notebook of things that will not change- something she needs to remind herself of from time to time since her parents' divorce.  This is a sweet story about a girl who is finding life full of changes and learns that not all changes are bad.

6.  10 Blind Dates by Ashley Elston - Sophie is devastated by her boyfriend Griffin's desire to breakup, but her family won't let her despair for long.  It's the Christmas holiday and Sophie is staying with relatives while her parents are out of town taking care of her older sister who is on bedrest while pregnant.  These relatives all take turns setting Sophie up on some blind dates....and there's plenty of interesting dates she goes on...but maybe love is right under her nose after all. I love a good rom-com.

7.  The Black Kids by Christina Hammonds Reed- this novel takes place during the Rodney King Riots in 1992.  For one of the first times, Ashley, a wealthy black girl finds herself thinking about her skin color and whether she fits in with her white friends.

8.  Admission by Julie Buxbaum- I love pretty much everything Buxbaum writes.  This one is a loose adaptation to the Lori Loughlin admissions scandal, which I find fascinating. Chloe is getting ready to head off to college in the fall and things look pretty perfect in her life....until the FBI shows up at her house and arrests her mother for her part in a college admissions bribery scandal.  Now not only is Chloe's future in question, she's lost her friends as well.

9.  Genesis Begins Again by Alicia D. Williams- Genesis has a list of 96 things she hates about herself.  One of them is the fact that her skin is too black.  This is a heartbreaking story about one girl who must come to terms with her appearance and realize that she's beautiful despite what society seems to tell her.

10. The Blackbird Girls by Anne Blankman - a story that weaves together the events of Chernobyl with the Holocaust is right up my alley.  Valentina and Oskana aren't friends - especially because Valentina is a Jew and there is no way Oksana should have anything to do with her or her family.  However the girls end up with Valentina's grandmother after the explosion in Chernobyl.  Oksana has a different perspective after she gets to know Valentina and her grandmother, and maybe her parents aren't right about things after all.

I loved these books and am hoping that there's something in here that appeals to you as well.