Blast From the Past: September 2010

I almost forgot this month's blast from the past to September 2010, but there were some fantastic reads a decade ago that are worth a mention. 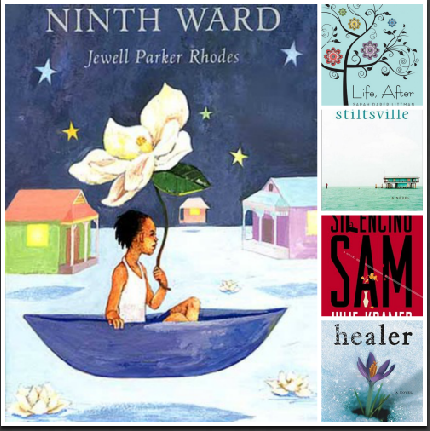 Ninth Ward by Jewell Parker Rhodes- this is probably the book I mention to anyone who doesn't know Rhodes' name.  This is the first book I read by her and perhaps the first book I read about Hurricane Katrina.  Fantastic look at a life changing event for New Orleans.
Life, After by Sarah Darer Littman - I love Littman's books, and this one was a five star read for me.  Dani moves to the US from Argentina after a terrorist attack kills some of her extended family. Now she's in an unfamiliar country taking classes in a language she barely understands.  Meeting some new friends and realizing other people have problems helps Dani cope with all the changes in her life.
Stiltsville by Susanna Daniel-  I love the setting of this book, and the cover of the edition I read aptly depicts the houses set on stilts that Frances lives in. This novel spans several decades from the 1960s-90s as Frances deals with motherhood, friendship, loss, and racial tension. This is a character-driven novel at its best.
Silencing Sam by Julie Kramer - this is the third in the Riley Spartz series and every time I see one of these books pop up in my history, I wish that Kramer would write/publish a few more. I love this series that is set with a television station reporter as the protagonist, and this murder mystery is one that I quickly devoured.
Healer by Carol Cassella- Cassella is a doctor and also has a law degree, and to me, her books are sort of Jodi Picoult-esque in the sense that each one brings up some moral dilemma.  Claire marries Addison and with a huge medical discovery he makes, they are catapulted into great wealth. When a cancer study he invests in yields less than desirable results, the couple no longer has their money to fall back on and there is a question of what money means to those who have it and those who want it.
What books do you remember reading from September of 2010? What about last year? Have you read any of the titles I've shared?
Posted by Tina's Blog at 10:00 PM