February 2010: Blast From the Past

But it's February now, which brings us a little closer to spring, and it's time to look back at my reading highlights from February 2010.  There are some great reads! 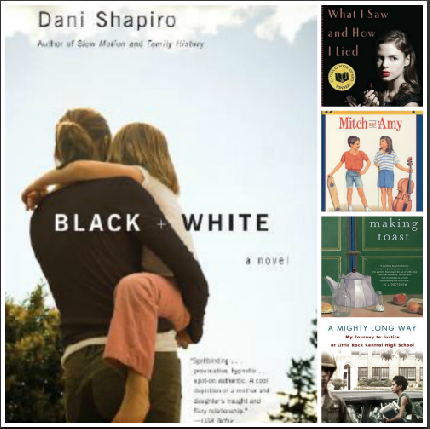 Black and White by Dani Shapiro- Shapiro got a lot of attention in 2019 for her memoir, Inheritance.  One of the podcasts I listened to announced that Shapiro only writes memoirs.  Untrue!  I've read a few books by her and Black and White is a great work of women's fiction.  Clara is an adult, but still dealing with her famous photographer mother's decision to display pictures she took of Clara that were quite controversial.

What I Saw and How I Lied by Judy Blundell- an historical fiction YA novel set after WWII when Evie's father returns and introduces them to Peter, a young man who served with him in Europe. Peter's got plenty of secrets which eventually are revealed, the effects felt by Evie and her family.

Making Toast by Roger Rosenblatt - I found this book absolutely devastating and remember sitting down with it and reading it in one sitting. Rosenblatt writes of his daughter's unexpected death and the aftermath which involved he and his wife moving in with their son-in-law to help raise their young grandchildren who were left without a mother.

A Mighty Long Way: My Journey to Justice at Little Rock Central High School by Carlotta Walls - Walls was one of the Little Rock Nine, so reading her story and involvement with school desegregation is something I found fascinating.  I always enjoy these unique perspectives of history which are so much more meaningful when you are able to hear directly from those involved.

What about you? Have you read any of these books? What were you reading in February 2010? What about last February?