Monday Mini-Reviews: A Not-So-Mini Gushing Review of The Giver Of Stars

It's been a long time since I've shared some quick reviews on a Monday.  I've read quite a few YA novels lately, which has pretty much been where I've been  mentally.  And being a middle grade librarian, it is certainly has helped me have a few new things to share with my students.

I also have read a few good adult books I was planning on sharing. Until I started The Giver of Stars by Jojo Moyes.  I have fallen in love with this book. 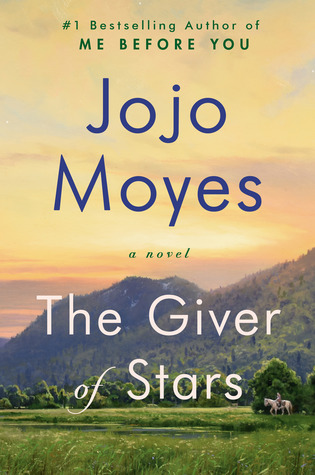 This book pretty much rings every one of my bells: historical fiction about librarians with the theme of the power of reading and books running throughout the entire novel with some romance and suspense thrown in.

I loved the Kentucky setting and the story that centered around the Packhorse Librarians, a program begun by FDR and Eleanor Roosevelt in the 1930s to bring books to people living in remote areas of Kentucky.

Moyes' main characters, the women who worked as librarians in this novel, all had their own challenges they faced, but two stories took center stage.  Alice moved from England to marry Bennett, a wealthy businessman. She had high hopes for this new life in America, but her marriage was a sham and there was little to look forward to until she agreed to work as a librarian.  Once Alice took the job she began to make friends and feel a part of the community. And she began to realize that despite her horrible marriage there were plenty of reasons to love the land and the people that lived there.

Margery O'Hare came from a family with a bad reputation. She is the leader of the horse back riding librarians, organizing their routes, training them and making sure they are organized.  Margery has never shied away from giving her opinion or standing up to a man, which leads to trouble when she won't back down from Mr. Van Cleve a wealthy businessman and Alice's father-in-law, for his mining practices.  Despite the fact that Margery is strong and independent, Mr. Van Cleve's influence reaches far and there are more than a few people that have designs to stop the librarians and see Margery destroyed.

The story of the packhorse librarians is one I'm familiar with.  My belief in reading and the power of books is reiterated on each page of this novel in the way the various characters were affected by the service these women provided.  I treasured each page of this story and was sad to see it come to an end.

There are some other books about pack horse librarians I've read with my students in the past: 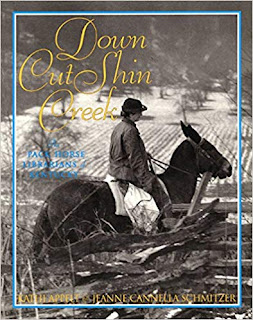 Down Cut Shin Creek: The Pack Horse Librarians of Kentucky by Kathi Appelt 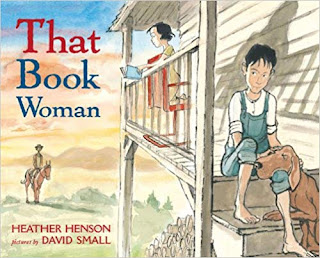 That Book Woman by Heather Henson

This book will appeal to historical fiction lovers, readers who love books, reading, libraries, or a good pioneer story.   I can't wait to press The Giver of Stars into the hands of readers.
Posted by Tina's Blog at 12:00 AM

I don't think I knew this book was about the packhorse librarians. Thanks for telling me! I'll watch for it. I love the idea of librarians bringing books to the people who can't get them. An updated version is the bookmobile of today, right?