First Monday in December: Blast From the Past

November flew by and since this is the first Monday in December, it's time to take a look back at what I was reading a decade ago.  There were some pretty great books that I spent my time with back in December of 2008. 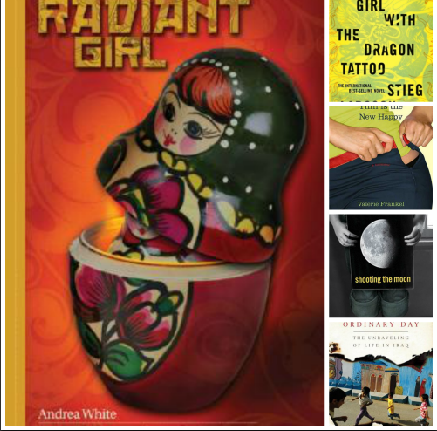 Radiant Girl by Andrea White- I still think about this book every once in a while.  As a child of the 80s, I remember watching news clips about Chernobyl and being horribly concerned about it. This middle grade novel about a girl whose father works at Chernobyl and how she was affected was completely fascinating to me.

The Girl With the Dragon Tattoo by Stieg Larsson - I was totally absorbed by this Swedish thriller.  I've never seen the movie, and despite reading the first three in the series, still have the fourth (is there a fifth?) to catch up with.

Thin Is The New Happy by Valerie Frankel - a memoir about one woman's quest to stop focusing on her weight, the scale, the mirror, and accept herself. I think many woman can relate to her feelings and her constant awareness of her weight.

Shooting the Moon by Frances O'Roark Dowell - a middle grade novel set during the 60s. Jamie's brother heads off to Vietnam and she's excited about it. Jamie's family is military and she thinks it is great that her brother gets to fight in Vietnam.  Her brother starts to send her rolls of undeveloped photos of his time away and when Jamie develops them, she can see what her brother can't put to words in his letters home.

Waiting For An Ordinary Day: The Unraveling of Life in Iraq by Farnaz Fassihi- Recalling this title makes me want to re-read it. Fassihi looks at several different working class people in Iraq and their lives. I loved reading their stories, despite how heartbreaking they are.

How about you? What were you reading back in December 2008? Last year at this time?
Posted by Tina's Blog at 12:00 AM