Non-Fiction On Your Radar: We Will Rise

I read a lot of fiction, but I also love non-fiction.  On random Tuesdays you'll see me share a non-fiction title or two that I'm looking forward to reading when they are published.

Here's one book I've pre-ordered and can't wait to read: 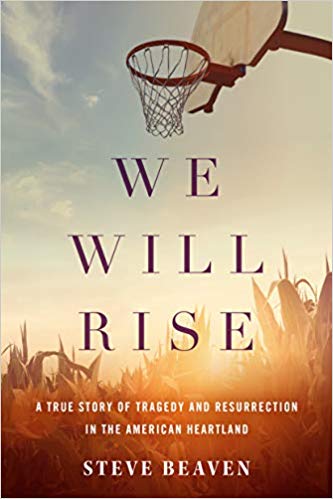 We Will Rise: A True Story of Tragedy and Resurrection in the American Heartland by Steve Beaven
Due out: December 1, 2019


The inspiring true story of the tragic loss and triumphant resurrection of a basketball team and its coach at the heart of a small Indiana town.
By 1977 the University of Evansville’s Purple Aces basketball team had won five small-college national championships. With a charismatic young coach and a freshman phenom, this small Indiana city hoped to see its team shine in the national spotlight. Then, on a foggy night, after just four games, the plane carrying the team and its coach crashed after takeoff, killing everyone on board.
The tragedy seemed insurmountable, a devastating blow to the identity of a fading factory town. But, with the support of a city in mourning, ambitious new coach Dick Walters promised to rebuild the cherished institution. Assembling a team of castoffs, walk-ons, and overachievers, Walters restored the legacy of the team and its fans. Against all odds, his young men made history.
A tribute to those who were lost, and to those who carried on, We Will Rise is the rich and powerful story of an underdog team and its fans and the spirit of a resilient community.
Posted by Tina's Blog at 12:00 AM