Saturday was a fun day filled with volleyball.  Middle Sister's fourth grade team had another great day of play - and managed to win the tournament.  Coach Joan told the players that if they won she would take them out for pizza, so nearly all the players and parents spent a few hours eating, drinking and hanging out at our local pizza place.

My sister, brother-in-law and nephew came up briefly.  We only managed to see them for a few minutes, but they did come by our house and check out the construction mess.  Hopefully soon the snow will melt and we won't have to make and cancel plans to see each other several times because of the weather and bad road conditions. 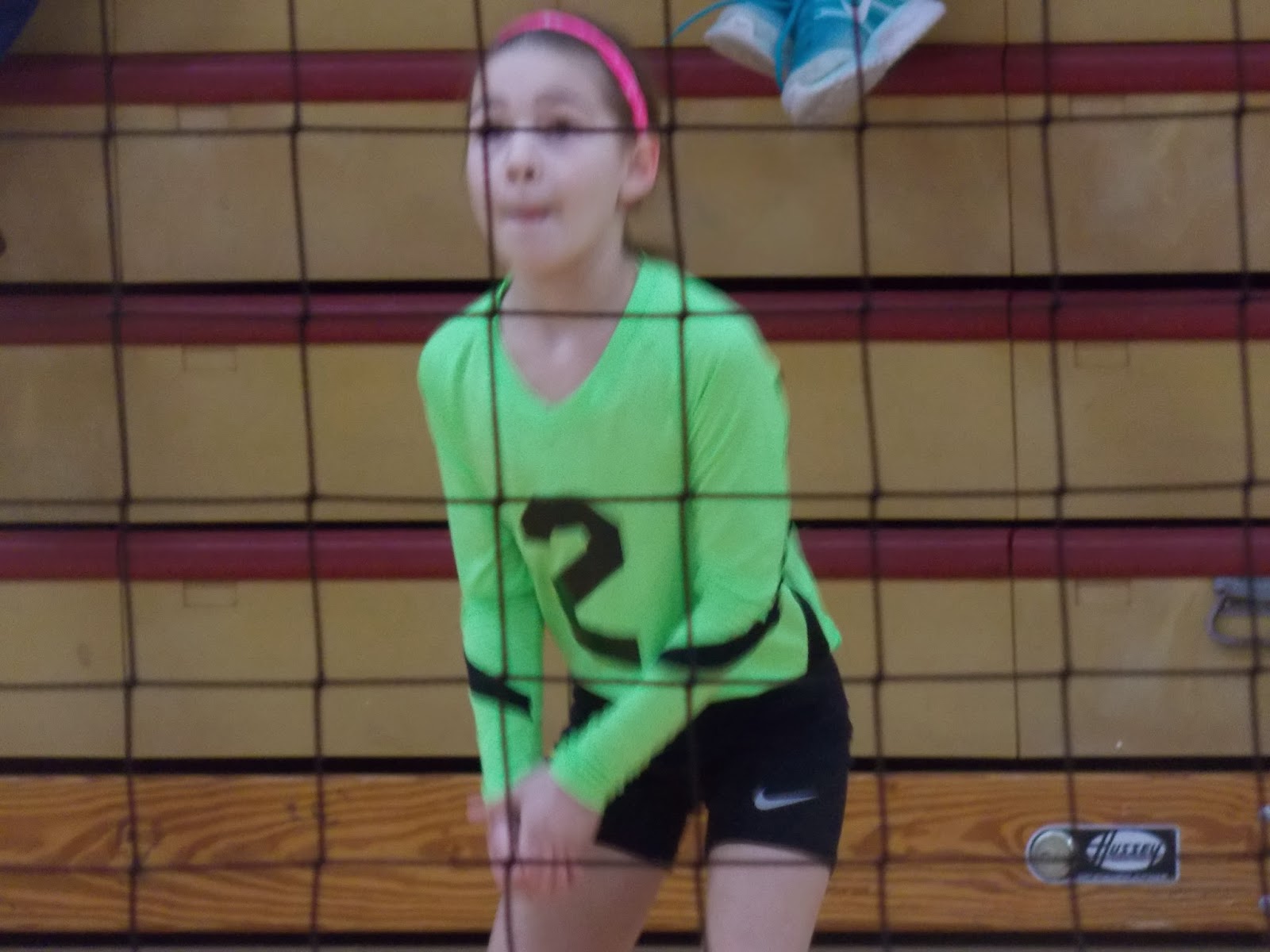 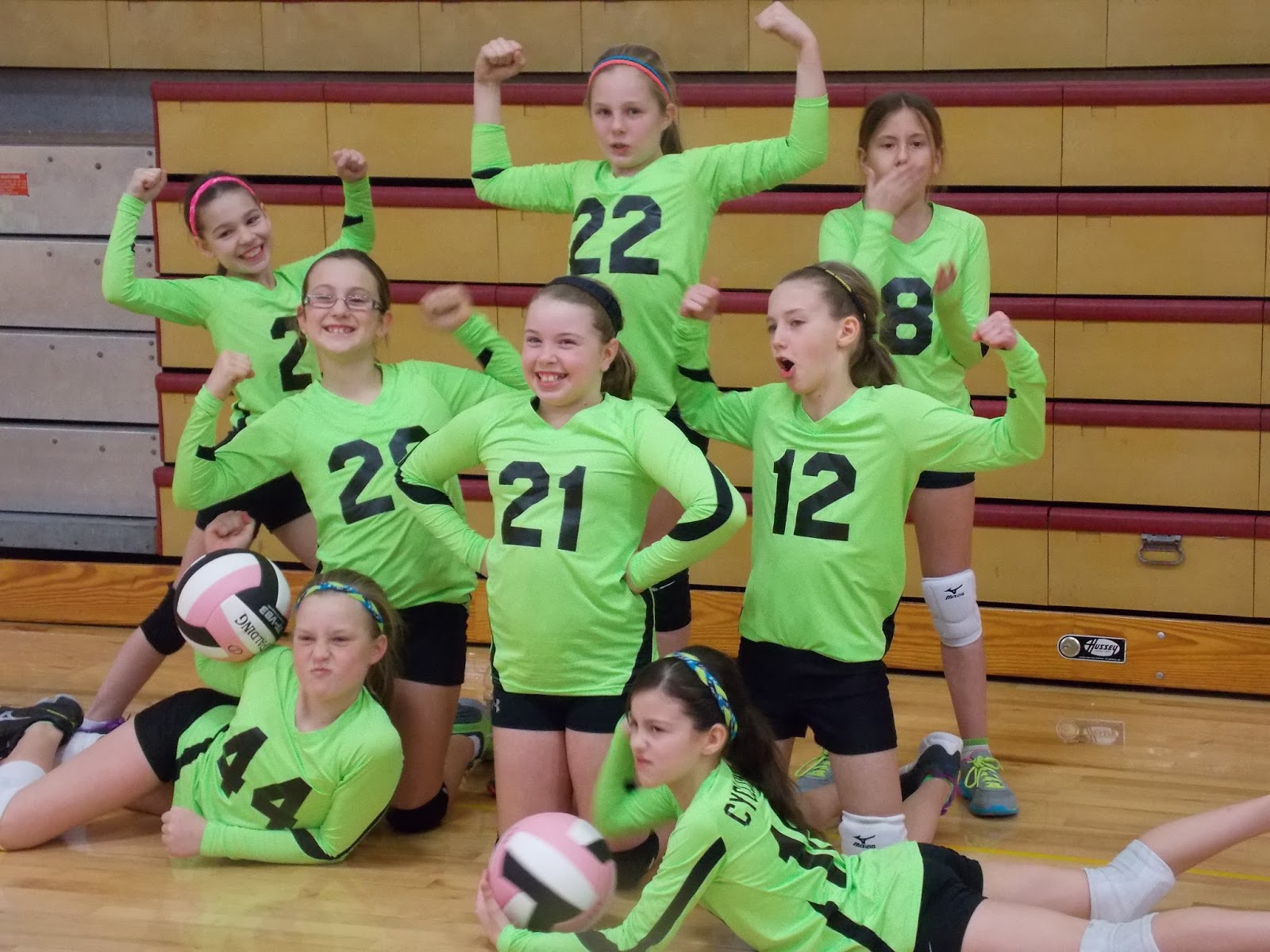 I finally forced myself to run today, which meant I was able to read a bit more in  Sue Monk Kidd's book, The Invention of Wings. I am loving it so far, and only wish I loved running more - or were in better shape so that I could run longer and read for a longer time.

This coming week I have two nights of conferences. I won't get home until 8:30 both nights, but the pay-off is not having school on Friday. That should work out well since my new appliances are set to be delivered that day.

I am hoping the rest of today is filled with a bit of reading, a few episodes of The Good Wife, and unfortunately a bit more cleaning.  I have some blogging I would like to accomplish, too, since I have finished off several books.

How about you? What have you been up to this weekend?
Posted by Tina's Blog at 11:33 AM

The girls look victorious in that shot!

Good luck with the long days this week. I do hope you can relax a little on Friday after the appliances are delivered.

My daughter has track practice for four nights this week but there is a huge rain storm coming so we'll see if it affects practice. We are so dry here in So Cal that a huge rain storm, promising 3-4 inches is a big big deal.

My son also has some stuff this week. Master Chorale and drama and something else. I can't even remember anymore.

But, my co-worker is on vacation this week so it's nice and quiet all week here in the office. Later, I have to leave for that ultrasound. What a bother!