Back in 2001, I was a new mom, still off on maternity leave when 9/11 happened. I spent hours watching the news footage. I just couldn't help myself and often felt connected to the young moms who were tragically widowed.

A little while later, after 9/11 wasn't quite so present in our minds, I came upon a book called Love, Greg and Lauren, a collection of emails written by Greg Manning while his wife Lauren was in the hospital after being badly burned on September 11.
Lauren was on her way to work at Cantor Fitzgerald, and had just entered the World Trade Center when a fireball roared down an elevator shaft and engulfed her in flames, propelling her out the door back outside. With burns on 82% of her body, Lauren had just an 18% chance of survival. Greg's emails were orginally sent to family and friends to update them on his wife's progress.
Now, ten years later, Lauren Manning has written her own book, Unmeasured Strength. Although I have seen her on talk shows (Oprah and the Today Show), reading her account of 9/11 and the years she spent recovering, has left me once again in awe of this woman. Although not given much of a chance of survival, Lauren managed to prove everyone wrong. Her desire to see her infant son Tyler grow up created a will to live despite all the pain she endured. I was amazed by her ability to retell how she was engulfed in flames, and then remained conscious until she was in the hospital and her husband had arrived. I also had tears in my eyes several times as I read, saddened by all Manning suffered.
This book is truly about Lauren and what she went through, but it is also a story about a husband and wife who have worked hard to remain together despite life-altering circumstances. She is quick to point out that even though she argued with her Greg on September 10, and was annoyed with him, his devotion to her never wavered. He has remained by her side, and the photograph showing the two of them running with the Olympic torch in 2004, seemed signifcant to me, showing how through it all the two were in this together. 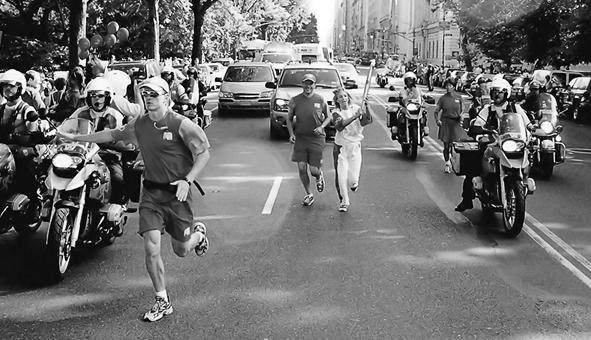 Through reading Greg's book and seeing them on televison I always wondered how someone so obviously attractive would deal with much altered looks. Lauren addresses this in Unmeasured Strength, and her cover picture depicts once again a beautiful woman - both inside and out.
Unmeasured Strength is a story of survival, of hope, of determination. A decade after the attacks, I feel connected to Manning as I once felt to the young widows of 9/11. Everyone has unique challenges in life, and watching my oldest daughter suffer through chemotherapy treatments when she was four, came to mind as I read Manning's book. Two very different challenges, yet two incredibly determined strong willed people. Much of this memoir spoke to me because of that, but Lauren Manning's story is one that is an inspiration to all. 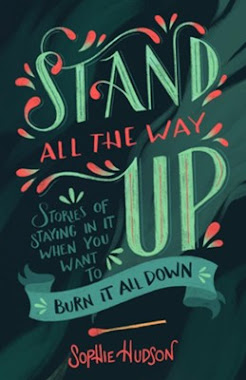 Stand All The Way Up by Sophie Hudson 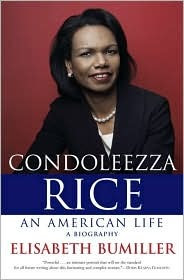 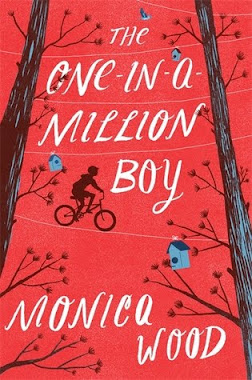 One In A Million Boy by Monica Wood